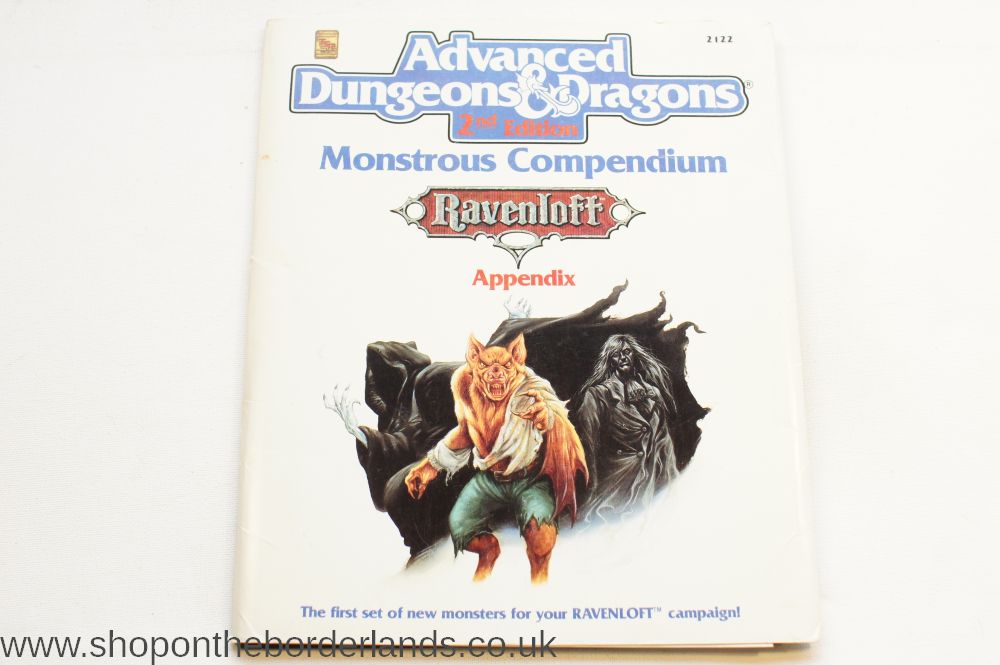 Views Read Edit View history. Archived from the original on Creatures from the TSR magazines, Forgotten RealmsBirthrightRavenloftDark SunAl-Quadim and Greyhawk can be found giving referees access to monsters with abilities that otherwise might not have been thought of. Webb concluded his review by saying: Shattered Lands Dark Sun: But for Ravenloft DMs who’ve been struggling on without the compendiums, this re-issue is an essential purchase which offers both core reference material and an inspirational glimpse of the Demiplane’s dark heart.

Dragonlance Forgotten Realms Greyhawk Ravenloft. A fault this work compounds by further tweaking the experience points system. Dragondown Grotto Red Hand of Doom. There are no ‘well it’s a man’s head on a chicken’s body’ Monstrouss photofit embarassments'” found in many other monster books. Dark Sun Dark Sun: Well, TSR compendum released such a stupefying amount of products to date that every referee should have a decent supply of challenging monsters available for them to use.

From Wikipedia, the free encyclopedia. The true worth of the work, though, undoubtedly comes from the quality of Appendix II’ s creations” which “offer referees a varied and rich source of legends to ravenlift into their tavern conversations or to add colour to campaigns”.

If you don’t, then have a flick through this for a few new ideas, but think twice before you buy it.

With the shaggy-haired one, though, it rapidly approaches the essential. The sound you hear is that of publishers scraping the bottom of the barrel for new ones.

Children of the Night for Dragon magazine June The Genie’s Curse Birthright: Bar a few good entries it falls into a compilation of variations on a theme which, with sd&d little time and imagination, most referees could come up with. A factor that’s made all the more frustrating when it becomes apparent that the Monstrous Annual 2 dangles some delightful creatures before the referee’s eyes.