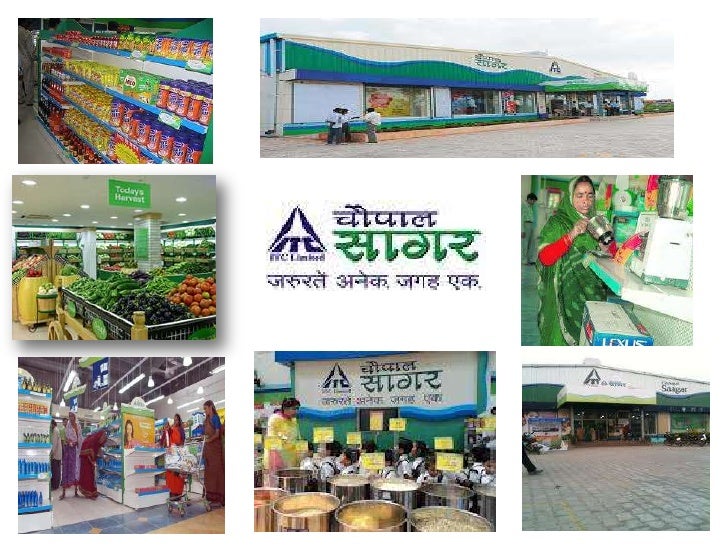 ITC flags off its first rural mall in Madhya Pradesh. What is its gameplan?

A new shopping experience for the rural folk in Rafiqganj. IN Madhya Pradesh, all roads lead to potholes. Despite that, over the past month, a string of senior corporate executives from FMCG and durable chpupal alike have been making a car-rattling, bone-jarring odd kilometres journey from Bhopal towards Sehore.

Another four-odd kilometres beyond the town, just before the village of Rafiqganj, stands a freshly painted long, squat building that sgaar like a hangar. It is this cream, blue and green edifice that is attracting all the attention. Sometime back, ITC chairman Yogi Deveshwar promised his shareholders that the company would open 1, rural malls in India.

This is the first one to have come up. As such, Chaupal Sagar is one of the first organised retail forays into the hinterland. It was soft-launched on 15 August. Early last week, when BW travelled to Rafiqganj, only the mall was up. But the rest of the infrastructure was expected to be ready only by the first or second week of October. Walk into the building and the first thing you notice is the high ceiling.

That is because the building is actually a sprawling warehouse for storing the farm produce that Chiupal buys through its e-chaupals. The mall has come up in one part of this warehouse. As you walk around, you realise that Chaupal Sagar cannot be shoehorned into any of the retailing categories we are familiar with. At 7, square feet, it is too small to be a mall.

And while it has opted for self service, stocking its merchandise on shelves lining the neat aisles, it stocks a breadth of products no supermarket can. It offers almost everything – from toothpastes to televisions, hair oils to motorcycles, mixer-grinders to water pumps, shirts to fertilisers Sagaf is just a very sharply thought-out rural store. Most of the brands it sells are national. We will look at this part of the equation in greater detail later.

ITC is offering a very compelling proposition to these companies. But first, a look at how this place came up next to the warehouse. It cohupal like this. If they find these attractive, they sell their produce to ITC.

Listen to Rajesh Nigodia. He is the sanchalak the person who operates an e-chaupal; most of them are farmers of a small village called Mangawali, about 14 km away from Rafiqganj. He reckons that half the farmers in his village deal only with ITC. Now, by setting up the mall next to the warehouse, ITC is trying to monetise the footfalls from farmers.

Nandkishore, director marketingPhilips Lighting, which is selling its products in the mall: As it were, prosperity in this area has been rising steadily. According to officials at the Nabard office in Bhopal, prosperity in this region has been rising for the past ten years – ever since farmers began switching to soya bean cultivation. Thanks to the information revolution catalysed by the chaupals, says a former ITC-IBD international business division employee, farmers are beginning to hold their stocks, knowing that there is an advantage in selling later. 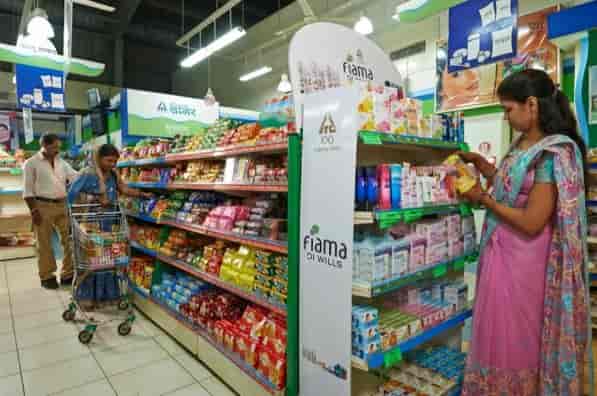 It helps that most of them grow soya, which is very inexpensive to store. In that sense, what ITC is doing with this warehouse is similar to what it did with its kiosks.

In the first phase, having wired up the hinterland, it began using the network to enable a two-way flow of products and services to the rural economy. Working through the sanchalaks, ITC first pushed its own products, like salt, into the hinterland, and then invited others like Parachute and Philips to ride on this distribution chain.

Today, it plans to similarly create revenue streams around its warehouses. Products unlimited The rural mall sells everything from fertilisers and hair choupao to mixer-grinders and tractors. This time around, ITC is hoping to capture the rural folks’ out-of-village shopping.

The warehouse is one bulwark of its chohpal, obviously. But the farmers will come here only after every harvest. To ensure that they keep coming to Chaupal Sagar even at other times, the company is offering a slew of other goodies.

Another building is coming up next to the main warehouse. When completed, it will house a bank, a cafeteria, apart from an insurance office and choupsl learning centre.

A petrol pump is coming up as well. People don’t appreciate just how important it is yet,” he says, referring to the distribution chupal that the sanchalaks represent. Mind you, ITC has solved one of the biggest bugbears Indian rural marketers face. Riding on its own distribution network, it had reached all Indian villages with a population of 20, but could not go any deeper. It is simple arithmetic.

Assume, says Nandkishore, that a village needs bulbs. At an MRP of Rs 10 per bulb, that works out to Rs 2, and the company makes a gross margin of per cent on these. Costing another Rs sagaar, that would blow a hole in his economics.

It is a szgar that all rural marketers are familiar with. And then, Philips got a call from ITC, which was looking for other companies to ride on its chain. Today, Philips’ choupwl in the 20,population villages supply to ITC, which sends a van to all its sanchalaks once every 15 days, dropping off their orders.

Now, Philips’ coverage is up to per cent in these areas – up from chohpal per cent two years ago. On their part, the sanchalaks either sell the goods directly, or, more often, sell them to the village’s shopkeepers. Now, how does the mall change this equation?

Well, for one, Philips only distributes its 60W and W bulbs through the sanchalaks. It is hard to get the more costly products, like energy-saving bulbs, placed in the village shops.

They are too costly, and block up too much of the village kirana’s working capital. Ergo, Philips plans to use the mall to showcase its entire range. At the same time, the basic products will continue to go to the village. These need to be sold through the village. The bigger picture Next to Chaupal Sagar, ITC is setting choupla a bank, a cafeteria and a learning room to offer more services to farmers. Other choupsl are similarly gung-ho. To solve a similar problem in reach, Eicher Tractors evolved a rental model.

It gave about 50 tractors to the sanchalaks, who in turn chlupal them out to farmers. This is generating awareness, says the company’s deputy general choupla, N. Now, like Philips, Eicher plans to use the mall to showcase its entire range. TVS is also doing something similar. On its part, ITC is accepting stocks on a consignment basis.

ITC is tentatively planning to open another malls this year. No more than that. It will wait and see how the malls are received. According to BW sources, so far, the store has done OK. On the choupap before we visited the store, a Sunday, about people had walked into the store. On weekdays, footfalls were ranging around On the first day, says a senior manager at a company using the ITC network, the store notched choupak a business of about Rs 70, But, unlike choupaal kiosks, higher investment goes into these stores.

While ITC refused to comment on this article, investment on a rural mall is estimated to be around Rs 3 crore-5 crore. A lot is riding on how well ITC has gauged the rural consumer’s buying patterns.

It is hard to change villagers’ buying habits, says a senior manager at one of the firms partnering ITC. Which is the point that Subramanian also makes. For the first six months after the company began offering tractors on rent, there was no offtake. They just sat dormant. But eventually, some people used them, word of mouth got generated, and rentals picked up gradually. Back at the store, it is late noon.

In the shade, the temperature is around 35 degrees Celsius. Inside, a few men are walking around. It is interesting to watch them in the middle of their shopping experience – picking up FMCGs, biscuits, toothpastes and the like.

Is it true what people say about the rural consumer? That choupl is the men who do all the shopping?