Welcome to the end I successfully ran away from YogSothoth: D I had to restart the scenario lss. Got some rules wrong and a restart was the better approach. Going to give it another go with a different investigator.

Its powers include possible omnipresence, reality warping, acausality, spacetime manipulation, immortality, and incorporeality. Lovecraft mentioned the Nameless Mist in a family tree of Cthulhu he jokingly wrote in a letter. The back was piebald with yellow and black, and dimly suggested the squamous covering of certain snakes. Below the waist, though, it was the worst; for here all human resemblance left off and sheer phantasy began.

The skin was thickly covered with coarse black fur, and from the abdomen a score of long greenish-grey tentacles with red sucking mouths protruded limply. Their arrangement was odd, and seemed to follow the symmetries of some cosmic geometry unknown to earth or the solar system.

On each of the hips, deep set in a kind of pinkish, ciliated orbit, was what seemed to be a rudimentary eye; whilst in lieu of a tail there depended a kind of trunk or feeler with purple annular markings, and with many evidences of being an undeveloped mouth or throat. I had a dream I was an angel Also for this year the crib is finished And so it ends but not as we had hoped for. Both ladies took a beating in the final scenario.

Still it was a great campaign run through and now I know what to build for when making my decks. The Case of Charles Dexter Goofy!

The Great Old One rising. My madness is complete. The rest of the sohtoth just showed up to the monster party. Did everyone get what they wanted for Christmas?

Perhaps this festive illustration will in some way ease that sense of unameable dread and horror you’re currently experiencing. This set is probably a top release of the year imo.

Fear and confusion shall be key to the fall of man This was our Christmas gift to my brother in law, little cthulhu, Dagon, King in yellow, Yog Sothoth and Lovecratf for the Christmas tree.

A Yith-tide greeting to you, From us and Cthulhu too. 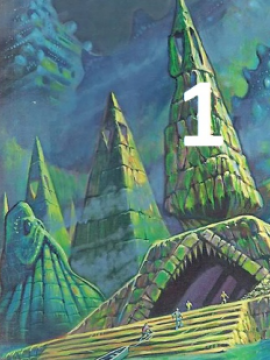 He knows where the Old Ones broke through of old, and where They shall break through again. He knows where They have trod earth’s fields, and where They still tread them, and why no one can behold Them as They tread. Merry Christmas to all at Instagram!!! Ain’t found a way to end me yet I was gonna grab a sweater from my closet, instead I opened the ultimate gate.

Real bummer, since the screaming abyss is pretty darn chilly, coulda used that sweater. Sunset at our ranch yesterday. Have you heard the good news?

Alguns dariam quadros bem legais sozinhos. Bit of an concept art from today. The Great Old One. Unite once again with your kin!